A baptism was part of the morning service a few Sundays ago. Actually, there were two baptisms—ten year old Brooke and her two year old brother Jacob. Many moons ago, when I was in my twenties and considering joining the Episcopal Church, their practice of baptizing young children, even infants, gave me pause.

So much about the Episcopal way of doing things was attractive and an obvious spiritual balm to the scars I carried in my twenties from my conservative, fundamentalist upbringing. Liturgy, a pipe organ, excellent music, clerical robes, a prayer-book, weekly Eucharist—if I had been aware enough to design worship that spoke to my deepest aesthetic and spiritual needs, it would have been exactly like Sunday morning at St. Matthew’s Cathedral.

But they baptized infants. After finishing the baptismal liturgy, the Dean would carry the baby up and down the center aisle of the cathedral, saying “This is the brand newest Christian in the world!” as the congregation applauded. For someone taught from his earliest memory that becoming a Christian required a “born again experience,” a once for all conversion event that required a certain level of rational maturity and spiritual awareness 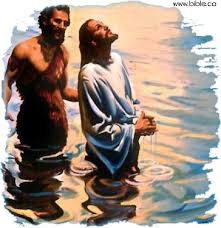 , this business of becoming a Christian simply by some water being poured on one’s head in the manner specified by the prayer-book was jarring. My own full immersion baptism, performed by my father in a swimming pool size baptismal when I was twelve, was what a baptism is supposed to be like. I’ve always thought, despite sacred art and Hollywood depictions, that John the Baptist did not just pour a bit of water on Jesus’ head that day in the Jordan River—he dunked him.

None of this stopped me from being confirmed as an Episcopalian more than twenty-five years ago, as I chose to embrace a bit of spiritual life and comfort where I found it. Still, I am always somewhat crestfallen when on my infrequent trips to church I read in the bulletin that a baptism will be part of the morning’s festivities. My discomfort is not as crass as simple annoyance at finding out that the service will be lengthened by ten or fifteen minutes. It’s just that baptisms still confuse me. But as I watched and participated as a member of the congregation a few weeks ago, I was struck by the obvious pleasure that the young girl, dressed entirely in white, was taking in the proceedings. I heard the beautiful words toward the end of the baptismal liturgy—“You are marked as Christ’s own forever.” My doctrinal issues with baptizing children dissolved into a puddle of irrelevance.

Shortly after, as Jeanne and I were headed toward the altar for communion, the brand newest Christian in the world was making her way down the steps after having received the body and blood of Christ for the first time in her life

. As she walked by us, she looked in our direction, screwed up her face, and said in a loud stage whisper “I don’t like it!” Out of the mouths of babes. “Kid, you don’t know the half of it,” I thought. There are going to be many things upcoming that you’ll dislike a lot more than a communion wafer epoxied to the roof of your mouth and the aftertaste of cheap wine. This “marked as Christ’s own forever” stuff is no picnic.

In the past, I’ve heard police and firefighter work described as 95% boredom and 5% sheer terror. 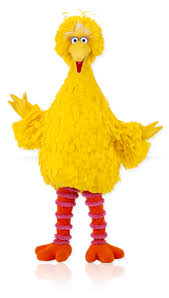 That’s something like my experience over several decades of being one of “Christ’s own forever.” There have been long stretches of my life when there were no identifiable signs of such a privilege. The problem with ordinary spiritual commitment, as I’ve experienced it and heard it described by others, is that it is so ordinary as to be unnoticeable. Sure there have been some “Big Bird moments,” as Jeanne calls them, where the divine burst through so obviously that even I could not mistake it. But what about the weeks, months, and years during which those who are marked as Christ’s own forever slog through the barren desert of the everyday and mundane? Sometimes the silence is so deafening and the absence so palpable that the value of belonging to Christ escapes me. Teresa of Avila once complained to God that “If this is the way you treat your friends, it’s no wonder you have so few.” No kidding—I don’t like it.

one of Iris Murdoch’s novels, a central character has a vision in which she is visited in her kitchen by Jesus. As he leaves the room after a brief conversation, Jesus touches the woman on the hand. After the vision ends, she knows that her experience was not simply imaginary because her hand is painfully burned where Jesus touched her. Although the burn heals, and the pain eventually fades over the following days, a small but permanent scar remains. For the rest of her life her scar is an indelible reminder that she is forever changed because one day she encountered Jesus.

Perhaps baptism is something like that. Somewhere in the past and continuing history of those who are scarred by the mark of Christ are events, people, decisions, and experiences that form the skeleton, the internal structure of faith. A person’s spiritual identity is shaped by this structure, fleshed out in ways unique to each individual. Some pieces of this identity come out of the blue, divinely tinged experiences that cannot be easily accommodated or dismissed. Others are deliberately chosen, such as a baptism, responding to an altar call, a choice of worship community, or turning away from what no longer gives life. As Brooke’s and Jacob’s lives as one of Christ’s own unfold, each will be able to identify their baptismal Sunday as a signpost of difference. The fact that Brooke was part of the decision-making process while Jacob’s loving family chose the time and place of his baptism for him is not crucially important. The imprint of the divine on a human life often has nothing to do with individual choice.

The beauty of the Incarnation is that each of the moments of all of our days are, as Gerard Manley Hopkins put it, “charged with the grandeur of God.” The grandeur is not in the product, the greatness of what I or anyone, marked as Christ’s own, might become or achieve. The grandeur is not even in the gloriously random Big Bird experiences that leaven our lives. The grandeur is in the very idea of God in the flesh, an indwelling reality that sanctifies even our most mundane days and disturbing experiences. “Marked as Christ’s own forever”—that’s something to embrace, even when I don’t like it.